Red Fife is Canada’s oldest registered wheat variety.  According to the Canadian Encyclopedia:  “One legend states that a load of wheat grown in Ukraine was on a ship in the Glasgow harbour. A friend of Farmer Fife dropped his hat into the red-coloured wheat, collecting a few seeds in the hatband, which he then shipped off to Farmer Fife (who was living near Peterborough Ontario). The wheat grew. The family cow managed to eat all the wheat heads except for one, which Mrs Fife salvaged. This was the beginning of Red Fife wheat in Canada.”

Regardless of how much of that story it true, Red Fife Wheat grew to prominence in Canada shortly thereafter, and was the most popular variety of wheat grown in Canada from the 1860s to the 1890s.  Since then it has been almost entirely replaced by higher yielding modern varieties that are resistant to fungi and pests.  Red Fife was “rediscovered” in the 1990s, and has developed a new cult following among Canadian bakers and foodies. 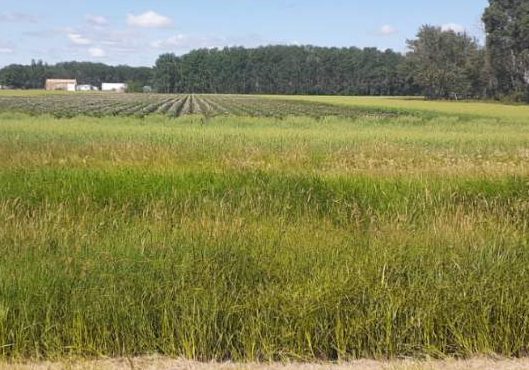 We were awfully excited to learn that Benjamin Unrau decided to try growing Red Fife wheat on his organic farm last year, and is developing on-farm milling capacity to bring Red Fife Flour back to Manitoba.  After including it in our grain CSA last winter, we were hooked!  This flour is stone ground and then sifted to remove some of the bran, so the result is a light, multipurpose flour that can often be used to replace white flour in breads and baking.  I have stopped buying white flour, because I can usually convince my kids that this flour is “the same” but I feel a bit smug about their cookies and brownies knowing that there’s more good stuff hidden in there.

Winter Grain Bundles are now available under the "shop" tab. Orders can be placed any time between now and December 11th. Dismiss