A Recipe For Porridge?!? 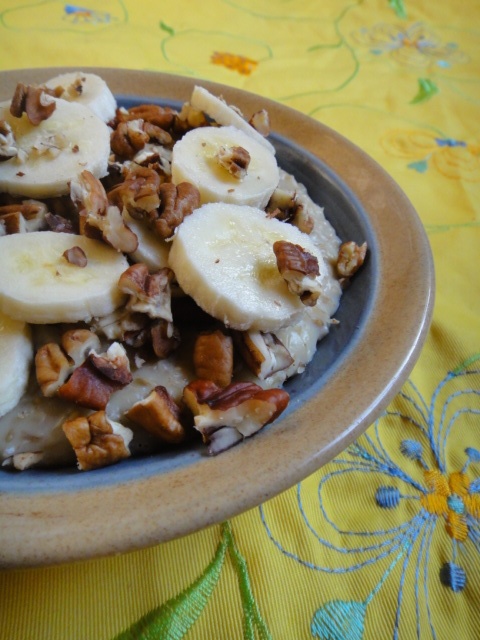 For the pragmatists out there, here is the Coles notes version:
1

For the stovetop (one serving):

Bring 4/5 cup of water and/or milk to a boil. Add 1/2 cup Rolled Naked Oats, and reduce temperature to a simmer. Cook for 4-5 minutes, or until a nice creamy consistency is reached. Remove from heat, and add milk and toppings as desired. 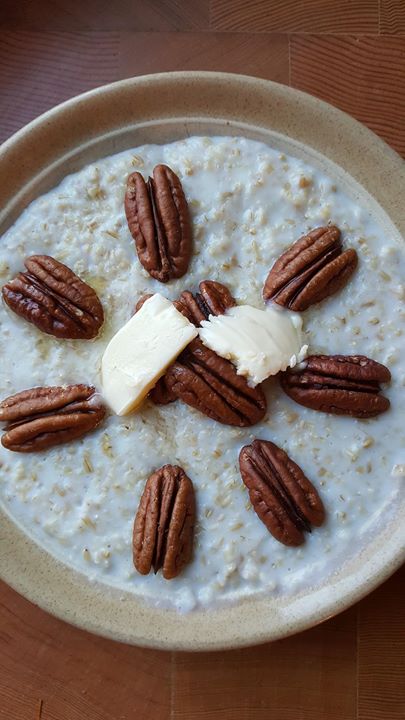 Add a handful of chopped hazelnuts and a sprinkle of cacoa chips to your bowl.

Grated carrots and crushed pineapple added to the boiling water, and cinnamon & ginger sprinkled on top and maple syrup to sweeten

Applesauce replacing some of the water, with cinnamon, nutmeg, and hemp hearts added with the oats and a drizzle of maple syrup

Dried dates and honey with chopped almonds and cinnamon

Pumpkin puree with a wee spoonful of creamcheese, brown sugar, cinnamon and cardamom

Pecans and cinnamon with a bit of honey. Adds crunch and tastes like pecan pie, but for breakfast!

Fresh or frozen (Manitoba!) blueberries or saskatoons with maple syrup and almond milk

Chopped mangoes with dried coconut, a splash of coconut milk, and a sprinkle of cardamom (yum!)

Turn your oatmeal into oatmeal pudding by cracking an egg into the pot just after you add the oats. Stir like mad to avoid any stringy lumps, and then add your toppings. Chopped bananas, pecans, and vanilla is pretty classic…and pretty delicious!